From the Front Porch: And So It Begins

And so it begins…

By Don Mohler- And we’re off.  Welcome to the inaugural edition of a brand new blog- This, and That… From the Front Porch. Now I can already hear many of you saying, “I just can’t read one more thing. I’m on overload.” I get that, but if you’ll join me on this journey, I promise to do my very best to keep you engaged and even entertained. If I am successful, there will be times when you laugh, when you cry, and when you get so angry you will want to wring my neck. Remember Jim Valvano: “If you laugh, you think, and you cry, that’s a full day. That’s a heck of day.” Let’s do that together on the front porch.

As you come along for the ride, you ought to know a little bit about who I am, how I got this way, and what you are likely to read.  I spent a career in public education and serving in county government where I was honored to serve as Baltimore County Executive completing the term of my good friend Kevin Kamenetz who passed away far too soon.

I believe public schools are the key to our nation’s future and that government can be a force for good in people’s lives. See, I told you that some of you would get angry, and I bet it didn’t take long. Swing away. I believe those two things down to my core.

Despite social media, I reject the idea that complex issues in society must be boiled down to simple either/or solutions. For example, I think the men and women who serve in police departments all across this nation are heroes.  They protect our homes. They protect our businesses. They protect our families. They are good and decent people who risk their lives so that we may sleep at night.

However, I also believe that people of color have been mistreated and abused by members of the law enforcement community in every nook and cranny of the nation. Many have been abused by individuals who became police officers looking for a sense of adventure and not a desire to serve. Those officers have no place wearing the blue and are a disservice to those who serve with honor. As a result, I believe that the parents of African-American teenagers know exactly what it means to have “the talk” and often live in fear every Friday or Saturday night until their sons and daughters return home safely. If you are unfamiliar with “the talk,” grab a beer, sit on your own front porch and have a heart to heart with an African American friend. It will be a sobering moment.

Guns? You can’t talk about guns. Approximately one hundred people die every day in the United States from gun violence. Almost 40,000 die every year.  So we are going to talk about guns. Again, you will hear me rail against the dreaded either/or mindset. It is not mental health or gun safety. It is mental health AND gun safety. We can multitask for crying out loud. Universal background checks, closing gun show loopholes, and keeping guns out of the hands of domestic violence abusers are not affronts to the Second Amendment. They are simple common sense measures. And here we go: no one in the United States of America needs to walk down the street with an assault weapon. Not one single person!

Should every American have access to quality health care? Is health care a right and not a privilege? I believe it is, and so do most Americans. Let’s start there and figure this out. It can be Medicare for All. It can be a public option. Heck, it might even be some hybrid approach that we haven’t even considered. But let’s commit ourselves to the proposition that Americans should not have to choose between paying for their insulin and paying their rent. That is just immoral.

I won’t apologize for having strong views, and I hope you won’t either. I recognize that who I am was formed many moons ago. June Scruggs Mohler, better known as Q to her grandchildren because her snowy white hair resembled a… well you know, was a nurse and a single mom when there just weren’t many single moms around. We lived in Apartment A at 200 Garden Ridge Road. Although we didn’t know it, I’m guessing we were the kids on the wrong side of the tracks to the other moms and dads. Now that I think of it, there were railroad tracks across the street. Who knew? We certainly didn’t. 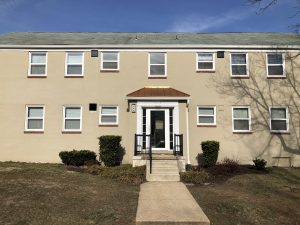 Q worked the night shift so she could take care of us during the day. I guess sleep wasn’t part of the equation. At her core she was a New Deal Roosevelt democrat. Her sense of right and wrong never wavered. Racism and bigotry had no place in June Mohler’s home, and she made that quite clear.  I can’t even imagine her reaction on election night 2016. It would not have been pretty.

The family was large and Sunday dinners were a real live Meet the Press roundtable every week while you were eating fried chicken and passing the mashed potatoes. You were expected to have a point of view, and you better be ready to hold your own. And when it was all over, you better not take it personally. Wives and newcomers often sat in stunned disbelief at the sometimes rancorous tenor of the discourse.

Q’s finest moment was on the day of the Presidential election in 2004. George W. Bush had worked to unite the country after 9/11 and for whatever reason, I was not a fan of John Kerry. I stood in the voting booth wondering if I might actually vote for a republican presidential candidate for the first time in my life. Looking back, I’m not sure how that happened, but that’s a discussion for another day. As I was about to make the choice, there she was staring directly at me right in the middle of my ballot. Her look said it all: “Don’t even think about it.” John Kerry didn’t win that day, but he did get one extra vote at Hillcrest Elementary School due to an extraterrestrial visit from June Scruggs Mohler. The woman took her politics seriously.

The teachers at Mt. St. Joe also get the credit or the blame, depending on your point of view, for who I am. Brothers Louis Doherty and Lou Mercorella had a sense of social justice long before I even knew what that term meant. And Brother Thomas was determined to turn boys into men no matter how hard we resisted. I may be a lapsed Catholic who finds peace in the United Methodist church, but as some of you know, deep down, once a Catholic, always a Catholic. I’m convinced they inject you with a secret serum at birth. However, there is no doubt that my views on racial inequality and capital punishment were formed in the four years spent with the Xaverian Brothers in Irvington.

There will be a lot of politics, but there will also be some sports and a dab of pop culture, a little something for everyone. You’ll get the Terps, Orioles, and Ravens mixed in with an occasional movie or Broadway review. I am a sucker for musicals, and be forewarned that I have a man crush on Lin Manuel Miranda and Aaron Sorkin. There will be more than one or two West Wing references along the way. Who knows where that will lead?

So I hope you will buckle up and come along for the ride.  Please subscribe to this page. I promise that if you join us on the front porch, you will get a little of This,…and That.

Posted in From the Front Porch, Uncategorized