But He Knows Us 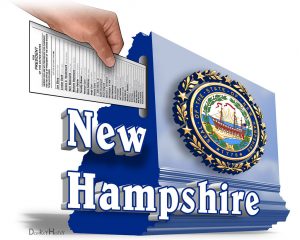 On February 11, 2020 Joe Biden didn’t even stick around for the results to come on the day of the New Hampshire primary. He knew they were going to be dismal, and dismal they were. Later that night, Biden finished a distant fifth with barely 8% of the vote. Uncle Joe was on the ropes so he bought a plane ticket to South Carolina. That decision may go down as the most prudent travel decision ever made in the history of presidential politics.

And then on February 26, 2020- just three days before the South Carolina primary – Congressman James Enos Clyburn stood next to the Vice

Five simple declarative sentences that changed the course of the 2020 presidential election.

When the networks called Virginia and North Carolina for Joe Biden as soon as the polls closed and before any real vote was tabulated, the rout was on. As the dust settled, the Vice President won nine of the 14 states, with Maine and California still too close to call. Yes, he even won Texas. Thank you Beto.

So what happened in 48 hours to allow a candidate with no field offices, horrific fundraising numbers, no media budget, and a muddled message to become the front runner yet again? As always, it is more than just one thing.

A campaign that for months appeared to have no clue, had the best 48 hours of the campaign. Realizing that they could not compete on the battlefield of paid advertising, they dominated free media in textbook fashion. Just hours after being reborn in South Carolina, Biden jumped from one Sunday talk show to another. These appearances actually highlighted a significant, and near fatal, mistake made in the previous months. One-on-one- interviews are in the Vice President’s wheel house. His humanity and decency jump off the television screen. When he talks about Beau or his dad, or says that a job is more than a paycheck, we believe. Why? Because we’ve all been there. Cue Congressman Clyburn, “He knows us.” He is much stronger in this setting than on the debate stage. Why they didn’t realize this earlier, is a head scratcher. But they get credit for changing course. Better late than never.

And then in a very short period of time, the campaign did the hard work. It coordinated endorsements with two of the major candidates splitting Biden’s lane- Amy Klobuchar and Mayor Pete. Add to that, the rock star of Texas politics, Beto O’Rourke, and you have a very good Monday in Dallas, Texas.

So here are the takeaways from a resurgence that no one, and I mean no one, saw coming:

Democrats will need every single coalition to beat Donald J. Trump in November. His war chest is unparalleled, and as we know his base is almost messianic. This will be a caged match to the end. It will not be pretty, and we need all hands on deck.

Should Bernie win, moderates need to get over their fear of a democratic 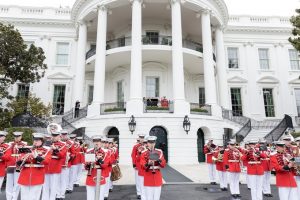 socialist and support the senator from Vermont. Trump or Sanders? It is no contest. Should Joe win, Bernie’s forces, who come close to matching the intensity of those in the MAGA hats, need to put aside revolution and settle for change. Trump or Biden? It is no contest. Nothing is more important than having the moving vans show up at 1600 Pennsylvania Avenue on January 20, 2021.

If there is a magic elixir, for Democrats it is the African-American vote. Biden soared to victory with nearly 70% of black voters all across the south. That vote coupled with suburban women, or the Obama coalition as it is more commonly known, coupled with an overwhelming desire to find the best candidate to defeat Donald Trump is the ticket out of this insanity. Which of course once again highlights the insanity of New Hampshire and Iowa’s prominence in the Democratic calendar. Once this is over, the DNC needs to stop the madness.

I have a few final thoughts in the wake of yesterday’s results: 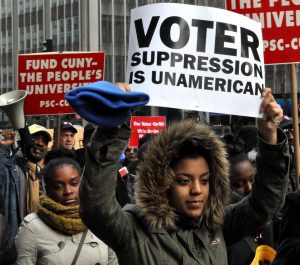 We need a national discussion about voting rights in the United States. People waiting for hours in line to participate in democracy is simply unacceptable. In some places like Texas, it is intentional to suppress the vote. In others, it is sheer indifference or incompetence. Both are unacceptable. This issue need to be front and center right next to health care, immigration, common sense gun legislation, and climate change. It is about civil rights.

Democrats are energized. In Virginia alone, 1.3 million people shattering even the historic 2008 turnout when 1 million voters showed up. This is the same energy that spurred the Democrats to huge margins in 2018. They are not new voters. It is not a new coalition. They are Democratic voters eager to end the misery.