Can We Please Turn It Down A Notch?

Do we always have to be so damn angry?

The answer to that question will go a long way toward determining what kind of legacy we leave for our children. And quite frankly, right now, the optimist in me (and I’m a pretty optimistic guy) is not very optimistic. 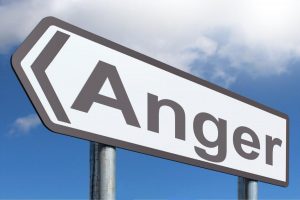 Our anger is on display all of the time. You see it. I see it. Come on, we all see it.  Just take a look at one of the many neighborhood alert community pages. Sure there is some interesting and helpful information posted on the site that from time-to-time helps people stay connected and feel good about where they live. But more often than not those pages turn into collective bitch sessions.

You go to a local restaurant and the food isn’t quite up to par, so what to do?  Now, keep in mind that most local establishments are owned by our neighbors and friends investing in the community, sponsoring our little league teams, and contributing to local charities. These people are not the enemy, so wouldn’t it make sense to simply pull the owners aside, thank them for believing in our neighborhood, and let them know that the experience could have been better?  Seems to make sense right?  But that is not what happens.

All over the country, people jump on these pages and other forms of social media to tell the world that the place stinks and no one should ever go there again. The blood just drips off the page. Maybe such a diatribe makes that person feel better, but I doubt it.

Here’s what it does do: it immediately ignites a very public debate on the pros and cons of the food, the service, the ambience- you name it.  We each go to our individual silos and get angrier and angrier over every response depending on our point of view. People go from being our neighbors whose kids play with our kids to idiots in a stroke of the keyboard. And of course, the owners- our neighbors- are despondent. Sorry folks this just isn’t healthy.

Last September I wrote an op-ed in the Baltimore Sun calling on each of us to do a better job of modeling civility. In that article, I quoted the Institute for Civility in Government which stated, “Civility is about more than just politeness. … It is about disagreeing without disrespect, seeking common ground as a starting point for dialogue about differences, listening past one’s preconceptions, and teaching others to do the same.” Almost one year later, it is clear that my request fell on deaf ears. I myself fall short of this goal far too often.

And I know that it is popular to blame the current climate on Donald Trump, but unfortunately this trend started long before the current president took that famous ride down the escalator.  A Pew Research Study in 2013 found that the number of people angry at the federal government (and I would suggest by proxy at everything else) had tripled in a little more than a decade.  As Charles Duhigg recently wrote in The Atlantic, “If we diagnose our anger problem as merely a Trump problem, we’ll be sorely disappointed when he eventually departs public life and we remain enraged.” Has Trump made the climate in our nation more contentious?  I certainly think so. But this is about us, not him. We own it!

Just this past week, a member of the Baltimore County School Board nominating committee wrote on Facebook that central office employees of the county school system should resign, and if they did, “we stop digging up dirt on you and you can move to another school system and take advantage of them.” Pretty scary stuff directed at career educators who chose a career in public service to serve children. But that was just the warmup act. 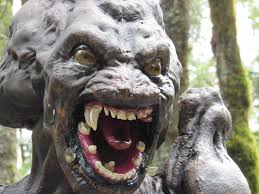 In response to that charming post, a state delegate didn’t like the idea of these folks resigning and wrote, “No deal. Hang them high and leave it for the village to see.” Wow. Just wow. For the record, in our dark past, there were a reported 44 lynchings in 18 of Maryland’s 24 counties. Like I said, it is getting ugly out there.

You remember Sylvester Stallone. Yes, that guy who’s made several hundred Rocky movies.  In addition to, “Yo Adrian,” he also said this: “There’s a natural law of karma that vindictive people, who go out of their way to hurt others, will end up broke and alone.”

As I wrote last September, young people look to the adults in their lives for guidance, not only about how to read their first book or solve a quadratic equation but also to show them how to treat one another. We have a responsibility to teach those in our care what a supportive and nurturing community looks like. The adult community needs to show students that we can disagree without being disagreeable and that we are able to move past preconceptions to find common ground. Is this work difficult? Yes. But it is well worth the effort.

It’s time to say enough is enough and really mean it. Our children are watching.