Dads Come In All Shapes and Sizes 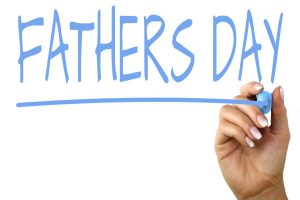 I know it’s Father’s Day, but sorry dads. No matter how many games of catch you played, no matter how many fishing lines you untangled, or how many tears you wiped away with ice cream, when the big moment arrives, the first words out of our sons’ and daughters’ mouths will be, “Thanks mom.”

And that’s a good thing, but as dads, and as sons, we do have our moments. And, yes, sometimes those moments can be a bit complicated.

Father’s Day seems like a good time to think about our own relationships: who we are, how we got here, and the memories we savor.

Like so many, I did not have that “Father Knows Best,” Leave it to Beaver,” or “Ozzie and Harriet” relationship with my dad. (For those of you under 50, have some fun with Google.) My brother and I were both under three years old when he left for his Hawkeye Pierce (millennials, back to Google) tour of duty in the Korean War. I am proud of his service, but the reality is that he never returned to Catonsville for any period of time after the war. 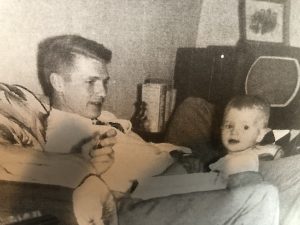 He basically checked in to pick up some clothes, watch us try to play the piano at our grandparents’ house, and then he was off to his new life on the West Coast.  Yes, there were visits every few years, and even some actual bonding as we and he grew older. But the reality is that you can’t be a dad in the true sense of the word 3,000 miles away. But, and here’s the real takeaway: being a dad isn’t about DNA. It’s about who’s there and who cares. And in my case, there were uncles and uncles, and more uncles. I had all of the dads a young boy could ever ask for.

I have no idea how or why she chose to do so, but my mother decided that even though her marriage was over, and having been left alone with two crazy little boys to raise on her, it would be important for Mike and me to remain connected to our dad’s family as well as hers. Now call me crazy, but that just doesn’t happen very often.

Once again, thanks Q.

As a result of that decision, we were never deprived of any father and son moments. But those moments weren’t with our biological father. They were with men who stepped up, played catch, took us to games, gave a damn, and yes, kicked us in the rear when a kick in the rear was needed. They were our uncles true, but in the real sense of the word, they were our dads. And best of all, they turned out to be our friends.

It is because of these men, that I cry like a baby every single time Kevin Costner says, “Dad, do you want to have a catch?” in “Field of Dreams.” You would think that after watching that film about 100 times, I’d be over it. Nope.

It is why I needed an entire box of tissue when Steve Martin played basketball in the backyard one last time with his daughter before walking her down the aisle in “Father of the Bride.” These are those dad moments that resonate with me. And I am sure there are hundreds that do the same for you.

So if you had the “Father Knows Best” relationship with your dad growing up, today is a good day to give thanks. If your dad is still here, give him a call. If he’s not, smile and remember.

If like me you didn’t have that dad, but have those special uncles, step-dad or a loving gay couple who adored you at first sight, then join me in giving thanks as well. If your dad chose you, then with a bit of literary license, recall these words from the Velveteen Rabbit: When someone loves you for a long, long time, really loves you, then you become real.