Dear Democrats – The Jets Beat the Colts in 1969: Don’t Blow This

Let’s journey back to January 12, 1969. As sad as it might sound, I still bear the wounds from that awful day. You see on that date in history in Super Bowl III a team from the upstart American Football League, the New York Jets, proved everyone wrong and defeated my beloved Baltimore Colts 16-7. According to every single expert, the game wasn’t even supposed to be close.

It was a game that would elevate a mediocre quarterback, who had the audacity to go by the nickname of Broadway Joe, to immortality. I walked around in a fog on the Western Maryland campus for hours afterward. I am twitching now just thinking about that moment. But I digress: the point is that “sure things” aren’t always “sure things.” And if we as Democrats don’t smarten up real soon, November 3, 2020 may change the arc of our nation forever. Donald Trump can’t become my new Joe Willie. We need to send him back to the Moscow Hilton, and that can’t happen fast enough.

How do we make sure that happens? We need to start with the basics.

I am not even going to waste ink on this topic. Here’s the bottom line. Republicans control the senate. Even a successful impeachment verdict would not remove Trump from office. Case closed. 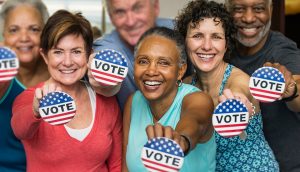 I love my progressive friends on the left. In fact, I agree with most of their proposals, but I also believe that the reluctance of many Bernie voters to get out and work for Clinton gave us Donald Trump. Their lack of enthusiasm doesn’t explain all of the Obama-Trump voters, but that lack of enthusiasm proved to be a crushing blow. How many times did we all hear, “Well I just don’t like Hillary”?  Can we all pledge to remember that elections are binary choices? You may not have “liked” Hillary, but how do you like the White House’s current occupant?

We Are Stuck With the Electoral College

Don’t be fooled by poll after poll that shows Donald Trump consistently in the low to mid 40s in job approval numbers. That is where he was on Election Day in 2016, and that is where he has been every single day since then with very few exceptions. That support is likely not to go up or down. It is what it is, and with the Electoral College, it still gives him a path to victory.

We Are the Party of Ideas- But……

As Democrats, we love big ideas. That is who we are. We believe government is not the enemy and can actually make people’s lives better. We are proud to be the party of the Voting Rights Act, Social Security, Medicare and the Affordable Care Act. Like 90% of Americans we support common sense gun legislation. And we clearly believe that it is immoral to put children in cages while separating them from mom and dad. That is who we are, and we can never back down on those principles.

But here is where the Republicans and their guru of mass speak, Frank Luntz get us every time. They hate policy and treat detailed policy discussions like weeds to be wiped out with a good dose of Roundup. They recognize that emotion often trumps (no pun intended) facts. We may not like it, but they always win the talking points. It’s time for us to stop losing this fight.

As candidates prepare for the second debate, let’s adopt Ronald Reagan’s 11th commandment and make it our own: to paraphrase the Great Communicator, let’s not speak ill of any fellow democrat.

Moving forward when moderators and reporters try to divide us, stick to the big ideas and themes. We are on the right side of those issues. Sometimes we forget that.

So to the candidates on stage next week, I suggest this:

Question: How do you feel about the Green New Deal?

Answer: Here’s the important question for the American people: which party do you trust to save our planet? You know Democrats will fight with you to stop the glaciers from melting and your communities from flooding. You know that republicans will side with special interests to ignore this important issue. If you believe that climate change is real, stand with us as Democrats. If you think it is a hoax, then Donald Trump’s your guy.

Question: Do you support Medicare for All?

Answer: The current health care system in our country is broken. And Republicans don’t care. I support making sure that every single American has affordable health care. There are a number of ways to get to that goal. What separates those of us up here from the Republican Party is that each and every one of us believes health care is a right and not a privilege. Every one of us will make sure you don’t have to choose between paying your rent and filling a prescription.

Question: Are you for open borders?

Answer: Of course not. None of us standing up here are for open borders. We all believe there needs to be an orderly way to enter this country, and we also believe that does not include separating children and locking them in cages. But for anyone to suggest that Democrats support open borders is simply a lie. And the worst part is they know it is a lie, but they say it over and over and over.

Question: Are you worried about the leftward movement, the embracing of socialism of the Democratic Party, particularly the attention given The Squad?

Answer: First of all, labels are for jelly jars. The American people don’t care about simplistic slogans. They care about health care. They care about jobs. They care about climate change. And most importantly, they want a return to decency. That’s what the voters want, and there is only one party that stands with them on these issues and that is the Democratic Party.

I could go on, but you get the gist. Make it about big ideas. Don’t get into the weeds, and don’t be stupid. Don’t attack each other, and oh, by the way, make it about one more thing: a return to decency. And by all means, don’t be afraid to talk about patriotism and faith. Those themes do not belong to the Republican Party.

Aren’t We All Just Tired of This? 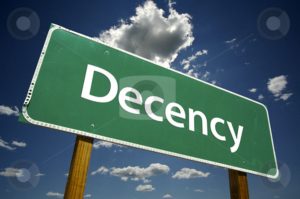 A final word to the Gang of 20 that is still standing. People are tired and exhausted. In every poll, Americans have concluded that the President is a racist. His life story makes that pretty hard to rebut, and his recent attacks on Congressman Elijah Cummings seals the deal. They know what he thinks of women and members of the LGBTQ community, and in terms of personal characteristics, they find him disgusting.  Use the next two-years to make the election about a return to decency and an end to chaos. Basically ask the American people, “Haven’t you had enough?  Don’t you just want to see a return to normalcy?” In other words, let’s put our faith in what Lincoln called our “better angels.”

Wisconsin, Michigan, Pennsylvania, and Florida. When you vote, ask one question and one question only: who can win back these states? Taking back the White House is only thing that matters in 2020. Don’t be stupid. And don’t be the 69 Colts. Don’t blow this.