It’s Pedal to the Metal Time

The political arena is not unlike the sporting world. More often than not, who has the momentum matters.

In the NFL, pundits tend to view the season in chunks of time. Common wisdom says that you get a pretty good sense of who is up and who is down in four-game intervals. Strength of schedule and injuries matter, but if your team is 3 and 1 after the first four games and 6 and 2 after eight, you are ready to print playoff tickets. Fans of teams that are 2 and 6 are already waiting for Mel Kiper’s mock draft for next year.

The same is true in baseball. Earl Weaver famously opined that you could not get a sense of what kind of team you have until you’ve played 40 games, basically at the quarter pole.

Politics is not all that different.

With fewer than 60 days until the primary election in Maryland, the big three races in the Free State are beginning to take shape. With full disclosure that I have endorsed Wes Moore for Governor, Katie Curran O’Malley for Attorney General, and Brooke Lierman for Comptroller, let’s take a look at the current state of these races.

From day one, Delegate Brooke Lierman has done all of the hard work. She organized across the state, held multiple meet and greets, received endorsement after endorsement, raised significant funds, and appears poised to become the Democratic nominee in July. Although her opponent Tim Adams is independently wealthy and is likely to flood the airwaves in the final two months, Brooke seems poised to represent her party in the fall.

On the Republican side of the ledger, Harford County Executive Barry Glassman is cruising to victory. Many

hoped that he would take on Congressman Andy Harris to end the madness in Maryland’s 1st Congressional District. He simply didn’t have the stomach for what would have been a truly ugly campaign. Because of the lopsided voter registration numbers in the state, Brooke will be the early favorite in this race. But County Executive Glassman is that rare elected official who simply has no enemies. He will run a spirited campaign, and Delegate Lierman will have to continue to run as hard as she has in the primary. Odds are that she will do just that and prevail.

The Attorney General’s race is starting to look like a real barn burner. This one is all about the Democratic candidates. Why? Well let’s try this: who are the candidates on the Republican side vying to be the State’s top lawyer?  Hmm. That’s what I thought. The AG race is about the Democrats and Democrats only.

Voters have a choice between two experienced candidates – Congressman Anthony Brown and former judge Katie Curran O’Malley. Even though Judge O’Malley has strong family times with the legacy of her husband and father, Congressman Brown began with a significant name identification lead. As a former Lieutenant Governor and two-term congressman, he was viewed the odds-on favorite. While he still has a comfortable lead with two months to go, there are signs pointing to the race being much closer than anticipated.

The first indication that the contest might surprise came in January when O’ Malley’s fundraising report caught the attention of the political chattering class. From early November until early January, she raised more than $630,000, a noteworthy amount in very short period of time.

But money is only part of the narrative that complicates this race.

In a poll conducted by the Brown campaign in early May, the Congressman led O’Malley with 44% of the vote to 25%, with 28% still undecided. Although the results have not changed much in the past six months, it does show a slight decrease in support for the Congressman and a small increase in the O’Malley numbers. It is also worth noting, that Judge O’Malley’s polling percentage is actually slightly ahead of where Attorney General Brian Frosh stood at this point in the race in 2014.  With a large number of undecided voters, this race is still very much up for grabs.

There are several factors that pundits are paying close attention to and they are the momentum on the ground and the energizing of each candidate’s voter base. Congressman Brown has a dedicated and loyal following in Prince George’s County. It is a voter-rich area, and it is likely to deliver a strong margin on his behalf. In order to offset that geographical reality, O’Malley must generate enthusiasm and vote totals across the state, and she appears to be making progress on that front, creating a race much closer than it may appear. Just in the past few weeks, Judge O’Malley has secured big wins with party activists across the state. She won decisively at the Western Maryland Summit with 77% of the vote. She’s secured the endorsement of the Ellicott City and Western Howard County Democratic Club, the Columbia Democratic Club, the Central Baltimore County Democratic Club and perhaps most impressively, the Lower Shore Progressive Caucus. The O’Malley ground game appears to be in full gear.

There may be other significant developments to follow as well. Do Democratic voters recall Brown’s campaign for Governor in 2014 that gave them eight years of Larry Hogan or has his successful stint in Congress cleaned that slate? Also, are voters across the state embarrassed by the lack of female representation in elective office in Maryland. If so, this may benefit both Judge O’Malley and Delegate Lierman. And is that frustration magnified in light of the upcoming Supreme Court decision on Roe v. Wade? The Democrats have two candidates with strong support in the race for Attorney General. One touts her years of experience as a judge and prosecutor and the other can point to a proud military career and his years in public service. This race is worth watching.

Finally, we come to the gubernatorial race. Let’s start with the Republican contest: This race is likely to gain national attention because President Trump will be on the ballot.  Delegate Dan Cox, whom Trump has endorsed, proudly wears the mantle of “Ultra MAGA.” Former Secretary of Commerce Kelly Schulz hopes to fly the flag for popular Governor Larry Hogan, while moderating some of her extreme views on a woman’s right to choose that she espoused while representing Frederick County in the General Assembly. I know that the 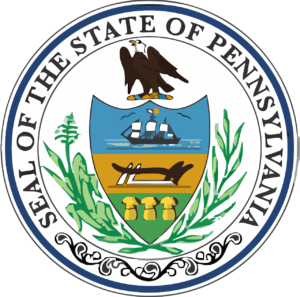 traditional rationale is that “signs don’t vote.” That may be true, and Schulz better hope that proves to be the case because a quick trip around the state indicates that Cox is clearly winning the sign war. Doug Mastriano received nearly 600,000 votes in neighboring Pennsylvania. Could Donald J. Trump deliver a similar result for a little-know delegate in Maryland? Stay tuned.

The Democratic race for Governor is turning out to be a real nail biter, with more than 40% of voters still undecided. Voters have a number of highly qualified candidates to choose from — a former Secretary of Labor, a respected County Executive, an Attorney General, President Obama’s Secretary of Education, the current Comptroller, and a decorated war veteran and leader of one of the nation’s largest anti-poverty organizations. It is an impressive field that should yield a very competitive candidate this fall.

The one constant so far in the race has been the inability of Comptroller Peter Franchot to create any momentum. In fact, recent polls indicate that he is actually losing ground as the race proceeds. And the large number of undecided voters does not typically bode well for an elected official who has a significant advantage in name identification and who has been in public office for nearly 40 years. Historically, if voters are going to choose the known quantity, they have already done so. Undecided voters rarely break for the incumbent or the better-known candidate. As I’ve written before, Democratic voters seem unwilling to forget that the Comptroller opposes the development of wind energy off the Ocean City shoreline and that he called Maryland’s Blueprint for Progress” a “boondoggle.”

So if the Comptroller is not exciting Democrats, who is? Three candidates appear to be separating themselves from the pack. Former Prince George’s County Executive Rushern Baker is working hard to gain attention by focusing on crime in Baltimore City. It is a strong message on an issue that everyone cares about, but it is not clear that Mr. Baker will have the resources to tout his proposal. Former Labor Secretary Tom Perez has an impressive resume and has secured a number of key labor endorsements. He also nabbed the endorsement of the Washington Post, which shared its preference at an unusually early date.

That brings us to the candidate who appears to have the wind at his back, Wes Moore. A recent poll by the respected firm Garin-Hart-Yang Research Group showed the race the Democratic side to be extremely close, with Moore the only candidate showing significant growth since last September. As reported in the press, pollster Fred Yang said, “Peter Franchot, while he remains the front-runner, has seen his support become stagnant with literally NO movement since last September, and Wes Moore is the ONLY candidate who has increased his support and as a result he has moved into second place, within striking distance of the lead.”

Like Katie Curran O’Malley in her race for Attorney General, Moore recently won the straw poll at the Western Maryland Summit and is picking up broad support across the state. His ground game appears to be the strongest among the candidates with just two months to go. He is drawing impressive crowds on the Eastern Shore, and he’s secured key endorsements from power houses like Congressman Steny Hoyer and Speaker of the House Adrienne Jones. In addition, Wes secured the coveted endorsement of Maryland State Education Association (MSEA) and its 75,000 members. Moore’s campaign also appears to have a significant lead on the fundraising front which may prove significant as the race winds down.

As we often say on Baltimore Positive, “democracy is not a spectator sport.” This is an unusual year, and none of us are used to voting in the

month of July. Mail in and early voting will be critical components in determining who wins these prized contests. As the infamous Izzy Mandlebaum told Jerry Seinfeld, “It’s go time.”